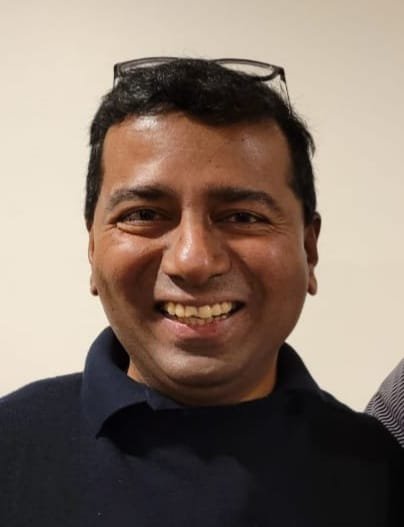 An Alumnus of Harvard Business School, IIM Calcutta and ESSEC business school paris , Rahul Narvekar has had a interesting life journey so far .

Born and Bought up in the Chawls of Mumbai and studying in a small local school called Sardarni Pratap Singh Janta Vidyalaya, Rahul Leveraged his early love for reading and sheer luck in finding a Scrap Dealer, who gave him access to Fortune, Time, Newsweek magazines, into a successful multifaceted career which has been a rollercoaster ride so far.

Starting as a Ward boy in the night shift in a hospital in Mulund, to door to door sales, he has the singular distinction of being selected and then getting Expelled from the first formal entrepreneurship programme of india in 1994, for asking too many uncomfortable questions and being a troublemaker.

The joke is that he is the ONLY entreprenuer from all the batches that have passed out of this institution.

Starting his first venture in 1994 in the advertising space, he cofounded Asia’s first interactive music channel in 1998 called Channel Oxygen in Mumbai.

It went from zero to 2 crores revenue and came back to zero within 3 years and then moving to delhi (having been conned by his Wife, who he met online, to move to this ” Shaant ” place)

Starting from scratch again he was senior manager with Ansal Plaza for a place called District centre Janakpuri , where he built a Amphitheatre with DDA .

Having cracked a Crazy Sales deal with Radio Mirchi, he got the fastest promotion in Ansals history, moving from sr. manager to Vice President.

Having worked for various Retail Real Estate companies including DLF, Rahul Co-founded www.fashionandyou.com in 2009. It became the first luxury ecommerce company to Raise $ 8 million from Sequoia Capital, then $ 40 Million and then $ 128 Million.

In 2013 he set up www.indianroots.com with NDTV with a seed capital of Rs.84 lakhs which became a $ 85 Million company in 2 years.

In 2016, having exited this venture, rahul is now cofounder of www.scaleventures.in, a SEBI registered category 1, angel fund of Rs.100 crores, also CEO of Sun and Sands Advisors Tokyo, a japan based firm which brings large scale japanese funding and technology to India. http://sunandsands.com/english/team/

Married to C pallavi Rao Narvekar , he has a son Rian Rao Narvekar and 3 dogs , Runs half marathons and 100 kms trailwalks . He is also the first person in the world with sleep apnea to do the Everest Base Camp trek.

A frequent speaker to corporates, campuses, and various forums including twice at the United Nations, Harvard Business school and TEDX. Despite his wife C pallavi Rao having undergone about 8 surgeries, radiation and chemotherapy and other challenges, Rahul Genuinely believes that he is Ganpati’s Blessed Child and has had a truly awesome life.